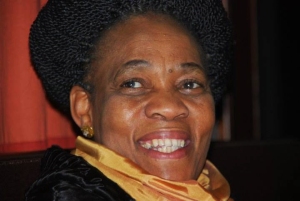 Anna is the Executive Director of the Namibian organisation, House of Women, (HOW). HOW is a voluntary organisation of local women entrepreneurs from all regions in Namibia. The women members do not only work on their entrepreneurship, but also to gain new knowledge about how to expand their businesses and take them to scale at national levels. Anna initiated an annual Women’s Summit in Windhoek six years ago and have since brought together 3-400 women from all over Namibia every year for three days to share experiences and listen and learn from international scholars and leaders.  Anna is also the Chairperson of the Namibia Employers Association and well known in the business community in the country as an energetic woman with vision and high ambitions for Namibian women. Anna is educated at universities in South Africa.  Anna was one of my close collaborating partners while I worked as UN Resident Coordinator in Namibia and we launched among other initiatives House of Women together with the Founder of the Nation, former President, Honourable Sam Nujoma.